Revisited: SAVE OUR YOUNG

Dr. Brenner is hard at work with several projects (especially the one called Life) and will return to blogging soon. In the meantime, we are revisiting his post from November of 2013: “SAVE OUR YOUNG” with the addition of a flyer and a link of related projects in which SDCRI is been involved.

SDCRI, through its Hope Made Visible project, is involved in supporting veterans by sharing flags among Armed Services Veterans in Supportive Communities created by Habitat for Humanity.
Check out the flyer for the Hope Made Visible project.
Hope Made Visible™ is an Expressive Arts Therapy program of San Diego Cancer Research Institute; it was created, facilitated and launched internationally by Alessandra Colfi, PhD. Flags have been used throughout history, in different cultures and traditions, as a symbolic means to express personal and universal ideas, to promote and share healing, peace, compassion, and wisdom. Colors, words, and visual symbols become unique self-expression of hope, dreams, victories, losses,and concerns. Sharing the flags allows each artist to be a part of the larger healing group, to be of service to others in similar circumstances, and to co-create an integrated, inclusive community. 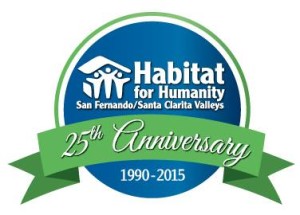 Our Veterans have embraced this process and created many stunning flags which symbolically capture their personal stories, feelings, and hopes.

Our newspapers often report the high incidence of PTSD (1 in 5 soldiers returning from Iraq and Afghanistan), as well as the high incidence of suicide (22 per day) in our military. The vast majority of military suicides are the enlisted ranks between the ages of 17-30. Interestingly, suicide is not necessarily related to combat experience. And, 30 % of our homeless are veterans.

The brain is 95% formed by age three. The remaining 5% is completed in women between the ages of 17-23 and in men between 19- 27 years. This 5% is in the prefrontal cortex area that is responsible for reasoning.

Why Do We Kill Our Young?

If there was an international law, similar to the one banning nerve gas, that also prohibited men and women from being recruited into the Armed Services before the age of 30, I think we would have a good “shot” at peace. And hopefully, religious groups would agree to stop enlisting their young as suicide bombers?

The military Industrial Complex could then merge with Habitat for Humanity International. The Veterans Administration and National Cemeteries could document humankind’s evolution. V.A. hospitals could be converted to Community Hospitals. Fewer bionic limbs would be necessary. The CIA could use their spare time to investigate congress. The NSA would have greater control of their secret files. Ammunition plants could close and the NRA can use their stock piled bullets to shoot each other. Just think, no debt, stability and maybe, no need for the Federal Reserve.

The Private Defense Company, Academia, aka Black Water International and it’s cohorts Halliburton, DynCorp, Triple Canopy, Executive Outcome, Military Professionals, Total Intelligence Services and yes… Monsanto (check the internet) will have no one to defend other than themselves from each other.

Peace at the cost of saving our young. Seems, a “no-brainer”.